Rock On: A Practical Approach to Teaching Geology

Kathleen Robbins is an Earth Science and Astronomy teacher at Harry S. Truman High School in Bronx, New York, and a graduate student in the Environmental Technology program at New York Institute of Technology. Kathleen’s teaching practice focuses on hands-on-learning and practical experiences to help students understand the natural world around them.

You will find Kathleen’s geology activities to be practical and engaging as you introduce your students to geology and the role that geology played and continues to play in their own environment.Kathleen has visited and hiked extensively throughout the mountain ranges of the United States. Closer to home, she has explored the Catskills, Acadia Park in Maine, and the Niagara Falls region. Beyond that, Kathleen has also explored Yellowstone National Park, the Mammoth Caves in Kentucky, the caves of South Dakota, glacier formations beginning in the American Rockies, and the wind-eroded Arches in Arizona. Kathleen has witnessed firsthand the specific driving force that geological formations have made to form niche environments that cradle and sustain certain species of flora and fauna—such as that found in the geologic wonderland of Yellowstone National Park in Wyoming.

As mentioned in Dr. Lacefield’s interview, geological formations are drivers of biodiversity; because these long-formed foundations possess specific environmental characteristics. These characteristics range from soil and water chemistry and composition, variation of light exposure and intensity, and temperature variations.Within Yellowstone, it is evident that several species of plants exist and thrive there exclusively because of the presence of a thermal environment, specifically the steam vents. These are known as geothermal plant communities. Specific plant species grow near the steam vents.

One of the plant species found only in the park is the genus Acrostics (Bent Grass).Ross’ Bent Grass, Acrostics Rossie, is endemic to Yellowstone’s thermal areas, and tickle grass, Acrostics Sabra (A. Sabra), occurs in both thermal and non-thermal habitats. When A. Sabra occurs in the thermal habitats, it is referred to as Thermal A. Sabra, because it assumes an uncharacteristic annual life history and is shorter than normal (8-15cm rather than 20-30cm) thus differing in appearance from Acrostics Rossie, in its spreading (rather than compressed) flowering stalks.

The presence of an exact sustained environment of bent grass within the thermal ecosystem of Yellowstone is yet another reminder to us about the relationship of flora and fauna that exists and flourishes to a specific geological formation. The influence and effect of a geological formation on biodiversity is seen in the presence of bent grass within a geo thermal ecosystem.In addition to the bent and tickle grasses, there are fungi species that are specific to the park environments, as well as rare symbiotic relationships among certain species of trees.

Yellowstone’s unique geological formations producing sulfur and heat have provided drivers for the formation of rare minerals such as Realgar and Orpiment. Both of these minerals are composed of arsenic sulfide; each commonly occur in low-temperature hydro­thermal vein minerals, volcanic fumaroles, and hot springs deposits. Orpiment is formed both by the sublimation of and as a byproduct of the decay of Realgar. Both minerals have interesting use and application histories.

Kathleen reports that during her exploration of Yellowstone over the past decade, she has noted changes, namely the presence of a specific bird species, the Western Tanager, has become more frequent.

OBSERVING AND IDENTIFYING THE INFLUENCE OF GEOLOGY ON BIODIVERSITY

Gaining a true understanding of your environment and what shapes and affects it is crucial to teaching responsible stewardship and sustained ecological growth.

Young people start making observations of their environment at early ages, whether they realize it or not. They’ve walked on grass, seen plants and shrubs, captured insects, and probably even thrown a rock or two. But, like most people, their observation ends there, rarely noticing the subtle differences in color or texture… the “small stuff” that is seemingly insignificant to an untrained eye.

You and your students can train to become keen observers of your area. You, too, may find flora and fauna that are endemic to your area like the French’s Shooting Star (Dodecatheon Frenchii), noted in the interview with Dr. Lacefield. French’s Shooting Star is a forb/herb; a forb/herb is a non-woody plant that is not a grass. It is a perennial found only in the states of Alabama, Arkansas, Illinois, Indiana, Kentucky, and Missouri. In Kentucky, the plant holds a special concern species status; in Arkansas a threatened status; and a rare species status in Indiana according to the USDA Natural Resources Conservation Service. French’s Shooting Star is definitely a rarity. In each of the noted states, the flower has been reported in only one to a few counties. In Alabama, this flower is known to exist only in Colbert County, and only in specific environments—beneath sandstone overhangs. Similar to the common Shooting Star (Dodecatheon media), French’s Shooting Star is smaller.

No matter their age, students will have fun discovering their surroundings and gaining a deeper understanding of why their world looks the way that it does. This is because, as Dr. Lacefield mentioned, the modern world is shaped by the geological past.Finding specific, sole-standing species in a region (possibly found nowhere else) provides clues to the reasons for their single existence in one place. As stated in the interview with Dr. Lacefield, there are species of flowers and fish that are found in sole locations because of the dependence of these species on the environment and rock formations that exist today having been formed within another geological time. Geological times and eras that held a place within time before, during, and after Pangaea.

Venturing into your school yard, a nearby field, or to a nature site is a good beginning for your students to select an area to make specific observations. Dividing your students into small groups of two or three, guide them in marking off group plots using a tape measure and stake wire flags, or a collapsible sampling square. Students can then observe within their plot, recording all they see in their journals, such as every type of grass, plant, shrub or tree—even the presence of insects and other creatures. In addition to these observations, students should record the soil and rocks that are present, noting the color, texture, and composition of the soil, as well as the color, shape, and texture of the rocks.

As each group documents their discoveries, you may want to use a GPS-enabled camera or smart­phone to geotag their samples and set the foundation for a GIS model of your observation area. 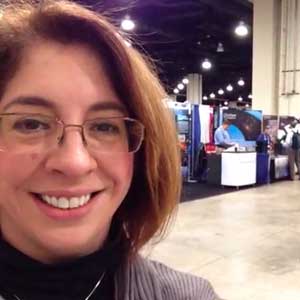 Kathleen is an Earth Science and Astronomy teacher at Harry S. Truman High School in Bronx, New York, and a graduate student in the Environmental Technology program at New York Institute of Technology. Kathleen’s free time is spent fly fishing, hiking, camping, and traveling to explore unique and interesting geologic formations. Kathleen’s teaching practice focuses on hands-on-learning and practical experiences to help students understand the natural world around them.

Stephanie Miller
Environmental
Let's Talk Turkey Munsell Style
Our friends at Munsell have shared with us their secret of how you can use a Munsell Soil Color Book to cook your Thanksgiving turkey to perfection!

Stephanie Miller
Environmental
Do Frozen Ponds = Frozen Fish?
How do fish survive in ponds and lakes when winter temperatures freeze the water?

Stephanie Miller
Environmental
Oh Christmas Tree... What Kind are You?
We are entering the Christmas season when Christmas Trees are all around. Why not make it into a fun learning experience on tree identification?

Stephanie Miller
Environmental
Digging up the Dirt on History
Science is about discovery - not always about things to come, but also about discovering the past.

Dalton Capps
Environmental
Live Streaming the Natural Way!
Students can tell you all about live streaming in today's technological world, but do they know the importance of "live streaming" in the natural world?